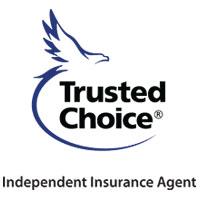 What Property Owners Need to Know About Landlord Insurance

Renting out a property also gives rise to a unique set of potential risks, so getting the right kind of protection is crucial.

Are We Entering the Age of Pay Transparency?

Many employees are becoming more and more curious about what their colleagues are making, in an ongoing effort to institute pay equity.

The National Highway Traffic Safety Administration has opened an investigation into a fatal crash involving a Tesla, according to documents viewed by TechCrunch.

Coalition raised $250 million in a late-stage funding round last month that valued the cyber insurance provider at $5 billion, at a time organizations have been facing an increasing risk of cyber threats.

Another blowout jobs number and continued wage growth will likely stiffen resolve at the Federal Reserve for another three-quarter point rate increase at the central bank’s July meeting, as the welcome news of a still strong job market clashes with concern it will have to cool inflation.

Homes at high risk for flooding in New York City will receive free inflatable dams in a new plan rolled out Thursday by Mayor Eric Adams.

Looking to rewrite the way telematics is used in auto insurance, Allstate has filed a new patent application for proprietary technology.

A consumer rights law firm has announced that it will be investigating claims on behalf of Elephant Insurance Services – the auto insurance company which suffered a cyber incident that exposed the data of its customers.

Insurers are used to dealing with the unexpected, but determining the long-term effects of the Covid-19 pandemic could be especially difficult.

On Our Mind…Do Something Nice for Someone